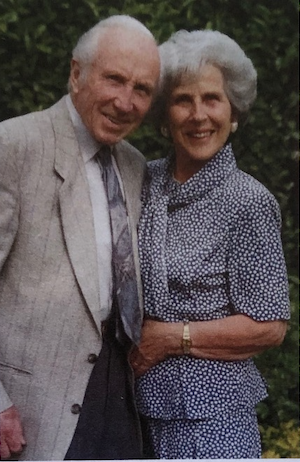 In thanksgiving for the life of Hildegard Atherton.

I am conscious of the particular honour of being asked to speak of Hildegard on the day of her funeral. We are all here because we loved her, but also because we knew she loved us. She was special to us, but she made each of us feel special to her. She was interested in what we did, and what we thought. We are all aware of her recent ‘failing strength’, but today I want to remember Hildegard in her prime, and especially as someone who effected significant changes within her local environment, which made waves not just ripples in a much larger pond.

So, it is with some trepidation that I am the first to address you today. But I know that I have been asked to speak first because of the primacy for Hildegard both of her life-long commitment to her faith as a Catholic Christian, and her on-going commitment to Christian Unity. This commitment was not blind. She always questioned. This questioning underpinned her approach to everything in her life. She was the ‘critical friend’ who did not fear speaking out when it seemed right. She remained a Catholic throughout her life, even when other churches might seem more welcoming, and easier in their strictures. She was content to ‘await the coming of the kingdom’ of Christian Unity from within the Catholic Church. She was a perfect example of ‘loyal dissent’ whenever she discerned an injustice or foolishness. She didn’t wear her faith lightly, but she never imposed her beliefs on others. She was always interested in the ideas of others, especially when they differed from hers.

This need to question, to explore, and for intellectual stimulation and academic rigour led to her, together with Desmond and others, becoming a founding member of the Coventry Circle of the Newman Association in 1957.

The Newman is an organisation committed to discussion and the development of understanding of the Christian faith, aimed at meeting Newman’s wish for ‘an educated laity’. The Association takes its name from Cardinal John Henry Newman, who “wanted a laity, not arrogant, not rash in speech, not disputatious, but those who know their religion, who enter into it, who know just where they stand, who know what they hold and what they do not, who know their creed so well that they can give an account of it, who know so much of history that they can defend it… an intelligent, well-instructed laity…”. (The Present Position of Catholics in England, 1851)

Hildegard would come to the monthly meetings, engage in the discussions which would often continue into the social events. This stimulation and support was to last her all her life. It led to her hosting a variety of visitors with varying approaches to the church in the world. I especially remember meeting Daniel Berrigan, then an American Jesuit priest who actively opposed the Vietnam war: not a favoured position then.

She had come to Coventry as a young wife and mother in the 50s, to a city severely impacted by war, not least the destruction of the cathedral by incendiary bombs. Her own young life had already been seriously disturbed by conflict and war, and she was attracted by the message of peace and reconciliation which the visionaries of Coventry Cathedral, and its city conveyed.

She had a real gift for friendship, and in parallel with Newman friendships, developed many local ecumenical contacts in the late fifties and early sixties, from the Free Churches as well as Anglicans. This small group of like-minded, Christians, mainly local and not clergy, was the active group which formed around the incipient Chapel of Unity.

The principle of a Chapel of Unity binding the Church of England and the Free Churches together for Christian service in Coventry was born out of the sufferings of war and the visionary ecumenical enthusiasm of the church leaders. By November 1945 the West Crypt was dedicated to this principle and, with the building of the new Cathedral, the opportunity was taken to create a purpose-built chapel.  A stone of witness was laid in the entrance on 24th September 1960, and the Chapel of Unity was dedicated on Whit Tuesday, 12th June 1962, a fortnight after the Cathedral itself.

By the time I came to Coventry in early 1964 there was already a very well-established Wednesday morning Prayer Group, followed by a simple breakfast, meeting at 7.30am so that everyone could go straight on to work. Hildegard was a leading light. For a couple of years Brother Gerard and another Taize brother lived at Cheylesmore Manor House. Hildegard especially was inspired by their lived vision of a united church and with Desmond visited the Taize community several times.

The official record states: ‘In 1962 there was virtually no formal communication between the Roman Catholics and other denominations, but by 1970 the constitution of the Joint Council had been changed to include them on equal terms’. Hildegard Atherton was at the forefront of this ecumenical engagement who, with other Catholics, was active in making this major shift.

These were heady days full of hope and expectation of greater unity as people prayed together, studied together and worked together. As a Catholic Hildegard will have been buoyed by the openness of the second Vatican Council which spoke not of a ghetto church but of a church which engaged with  the world: ‘The joys and the hopes, the griefs and the anxieties of the people of this age, especially those who are poor or in any way afflicted, these are the joys and hopes, the griefs and anxieties of the followers of Christ’. Gaudium et Spes. 1965. As a woman committed to a vision of Church Unity she was confirmed in her work by the Decree on Ecumenism, Church Unity: ‘The restoration of unity among all Christians is one of the principal concerns of the Second Vatican Council’. Decree on Ecumenism. 1969

When Desmond’s health, and then her declining health meant she could no longer attend the early Wednesday service, which continues to meet, but at the gentler hour of 8am, she maintained her interest in the work of the Chapel. It was a special joy for us all when she was able to attend the Thanksgiving service for the refurbishment of the Chapel of Unity last September.

Her commitment to church unity and drive for a more inclusive faith practice was not confined to prayer and discussion, but it also led to action. I know the next speaker will describe the setting up of CCHA which led to Extra Care. This was an embodiment of the ecumenical covenant made to promote the unity of all Christians. ‘Under this Covenant we agree to work together whenever possible and not to do separately those things which we can do together’. We would do well to remember this today.

Hildegard was a woman who heeded the teachings of Christ as she prayed, argued, discussed and acted according with faith, hope and above all love in her heart. We have been blessed to know and love her.

May she now rest in peace, reunited with her beloved Desmond. 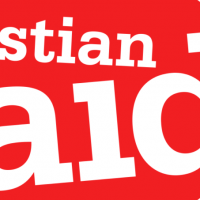 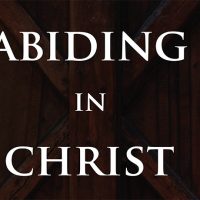 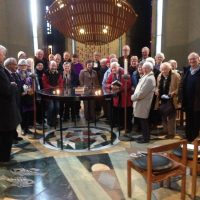 He was lost and is found